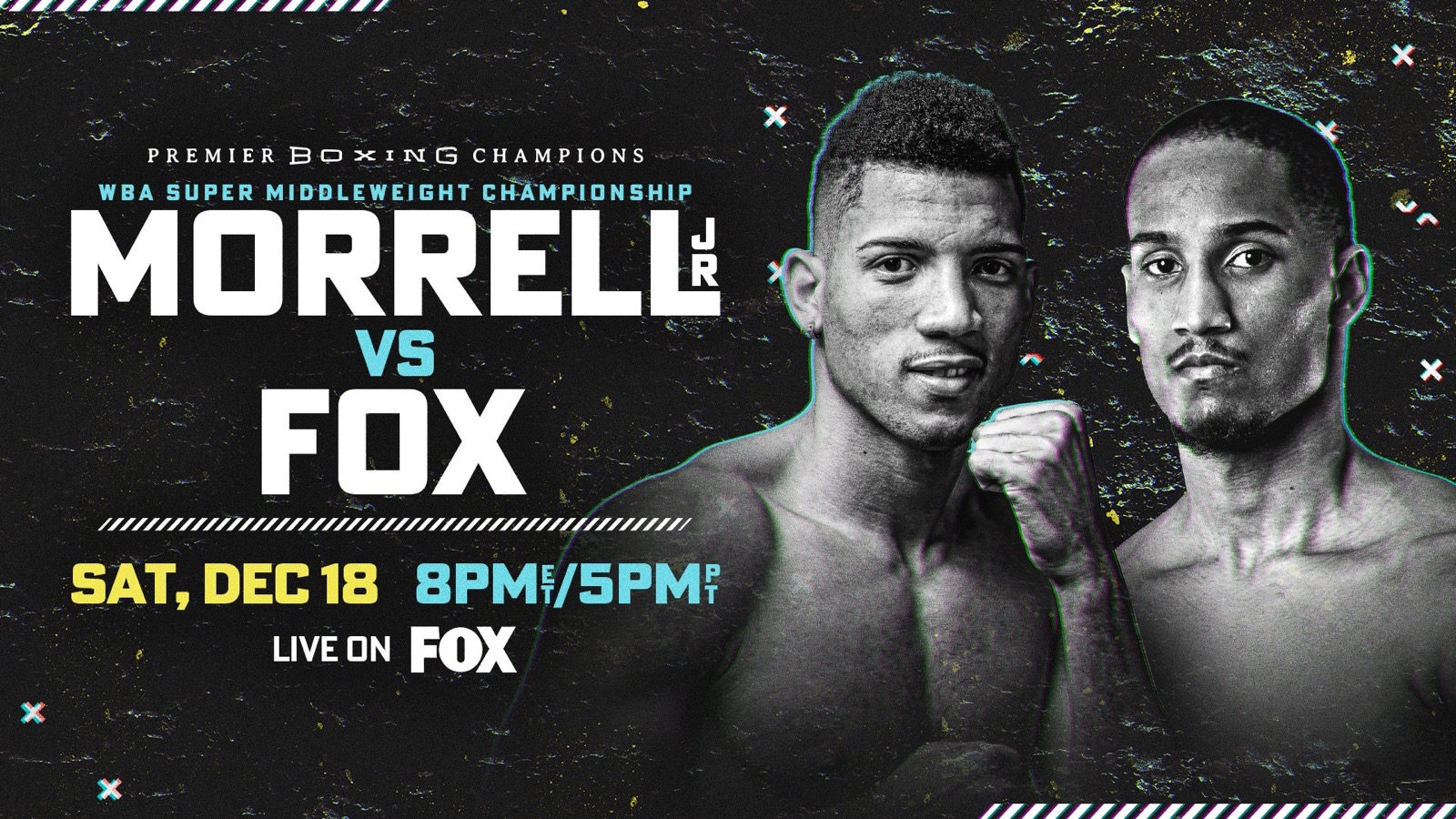 Tickets on Sale Tuesday, November 16! – Cuban sensation and unbeaten WBA Super Middleweight Champion David Morrell Jr. will defend his title in his adopted hometown when he faces 168-pound contender Alantez Fox on Saturday, December 18 in the FOX PBC Fight Night main event and on FOX Deportes live from The Armory in Minneapolis.

Tickets for the event, which is promoted by TGB Promotions and Warriors Boxing, go on sale Tuesday, November 16 and can be purchased through The Armory at http://ArmoryMN.com/ and through Ticketmaster.

“David Morrell Jr. is quickly becoming a fan-favorite at The Armory in his new hometown of Minneapolis, and he’ll look to continue his rise up the super middleweight division taking on the always tough Alantez Fox on December 18,” said Tom Brown, President of TGB Promotions. “The Armory was rocking for David in June and he delivered a memorable first-round knockout for everyone watching. I expect another incredible atmosphere for this whole card, which also features the exciting lightweight prospect Jose Valenzuela in his toughest test yet against Austin Dulay. This is a night you won’t want to miss live on FOX or in Minneapolis.”

Now based in and training out of Minneapolis, Morrell (5-0, 4 KOs) has shown off the prodigious talents that made him a standout in Cuba’s iconic amateur scene since arriving stateside in 2019. Before being recently elevated, the 23-year-old captured an interim title by dominating then unbeaten Lennox Allen in action on FOX in August 2020. Most recently, Morell thrilled a packed Armory on June 27, electrifying the crowd with a first round knockout over previously unbeaten Mario Cazares. On December 18, Morrell returns to headline on FOX for the third time in less than a year, with back-to-back main event appearances taking place at The Armory.

“I’m thankful to my whole team for this opportunity to once again perform in front of my fans at The Armory in Minneapolis,” said Morrell. “We had a great night there in June and we’ve been building on that all training camp. I can’t wait to feel the energy of the fans again and continue to show why I’m a force in the super middleweight division.”

The 29-year-old Fox (28-2-1, 13 KOs) was unbeaten in his first 23 fights, moving his way up the middleweight division until dropping a 2017 bout by decision to unbeaten champion Demetrius Andrade. Fighting out of Upper Marlboro, Maryland, he rebounded with three-straight victories before losing in the U.K. to Liam Williams in December 2019. Fox officially debuted at super middleweight in December 2020 by earning a unanimous decision over Marcos Hernandez, before most recently stopping Manny Woods in June at The Armory in Minneapolis.

“I’m excited to be fighting for my first world title — it’s ‘SlyAza’ Fox on FOX!” said Fox. “This is an early Christmas gift. Get your shopping done, get home and be ready for a show. I always stay ready and I’m going to make sure to take full advantage of this opportunity. I’ve been waiting my whole life for this shot and I’m going to bring the title back home with me.”

Born in Los Mochis, Sinaloa, Mexico, Valenzuela (10-0, 6 KOs) now trains as a stablemate of unbeaten two-time world champion David Benavidez. The 22-year-old turned pro in 2018 and rode a five-bout knockout streak into his most recent fight, which saw him earn his first 10-round decision in a victory over Deiner Berrio. Valenzuela will look to close out his breakout 2021 campaign with a fifth triumph this year on December 18.

“I’m thankful to be on this big stage and in a position to show off my talents for the world on FOX,” said Valenzuela. “I’m getting better and better and more and more dangerous as I continue to grow and learn. Dulay is another tough opponent, but I’m going to be prepared for anything he tries to do in the ring. I’m working hard every day and I’m hungry to prove myself again on December 18.”

Dulay (14-2, 10 KOs) enters this fight the winner of three out of his last four bouts, as he seeks a career-best victory over Valenzuela on December 18. The 26-year-old most recently defeated Jose Gallegos by unanimous decision in November 2020, putting him back in the win column after a decision loss against former title challenger Diego Magdaleno. Fighting out of his hometown of Nashville, Tennessee, Dulay’s only other pro loss came against unbeaten top super featherweight Chris Colbert.

“I’m feeling really strong coming off my leg injury and my movement and explosiveness is back and better than ever,” said Dulay. “I expect this to be an exciting and highly entertaining fight, as we have some style similarities. I know Valenzuela is going to be a game opponent and he comes from a strong stable, but I’m looking to use this fight to restart my career. He’s going to have to deal with the best version of Austin Dulay on December 18.”